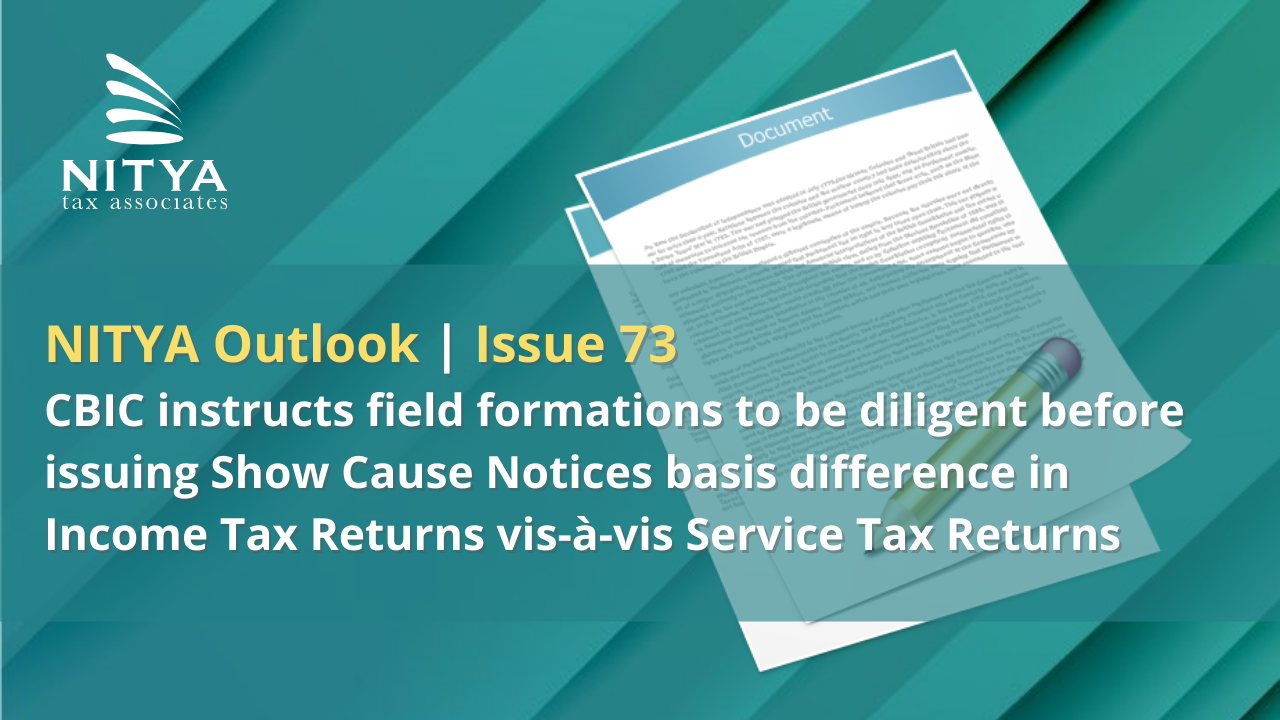 The CBIC vide Instruction dated October 26, 2021 has instructed field formations to properly verify facts (whether services fall under negative list, services are exempt etc.) before issuing SCN. The authorities are directed not to issue indiscriminate SCNs without ascertaining reasons for differences. Principal Chief Commissioner / Chief Commissioner may devise a suitable mechanism to monitor and prevent issuance of indiscriminate SCNs. Further, where SCNs have already been issued, the authorities are directed to pass judicious order after proper appreciation of facts and submissions.

NITYA Comments: Various taxpayers and individuals received such SCNs without the authorities properly ascertaining facts just to abide by time limit to issue SCNs. Such SCNs are presently pending before the Adjudicating or Appellate Authorities and are grossly untenable in law. In the case of Amrish Rameshchandra Shah v. UOI, 2021 (3) TMI 378 – BOMBAY HIGH COURT, the High Court quashed SCN arising out of the difference of value of service in ST-3 return and income in ITR. Similar view was also taken by CESTAT in the Alpa Management Consultants P. Limited v. CST, 2007 (6) STR 181 (Tri. Bang).