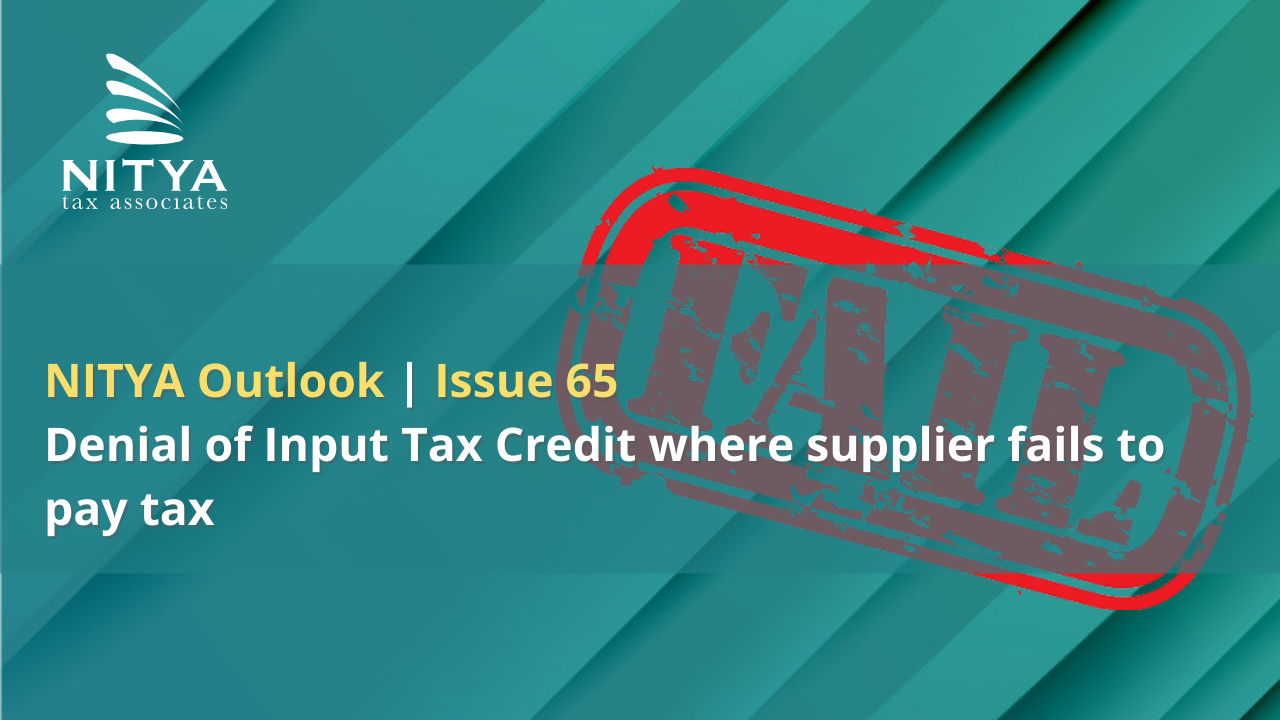 The GST department has been undertaking investigations against various taxpayers who have failed to deposit GST on their supplies. This Outlook is to appraise you that upon detecting tax evasion at supplier’s end, the department is now approaching recipients of such suppliers and proposing to deny Input Tax Credit (‘ITC’) in terms of Section 16(2)(c) of the Central Goods & Services Tax Act, 2017 (‘CGST Act’). Section 16(2)(c) mandates payment of tax by supplier to the Government as a condition to claim ITC.

Pertinently, GST portal now indicates filing status of GSTR-3B of supplier in GSTR-2A / 2B of recipient. Hence, recipients can consider placing an additional check whether their suppliers filed GSTR-3B or not in addition to verifying reflection of invoice / debit note in GSTR-2A / 2B.

NITYA Comments:  Issue of denial of ITC due to non-payment by suppliers is hovering industry at large and leading to double whammy (payment of GST to supplier first and then reversal of ITC). In many cases, suppliers are missing post supply and taxpayers are not able to communicate with them. Notably, GSTR-3B filing status of supplier is available on GST portal even for past period (July 2017 onwards). Accordingly, recipients can consider verifying where suppliers have filed GSTR-3B in past or not.

Pertinently, such notices can also be challenged before the Constitutional Courts on the ground that no concrete verification process is in place to identify whether supplier has paid tax on supplies made to recipient or not. Even GSTR-3B filing status of supplier is not conclusive of fact that supplier paid tax on supplies made to recipient. Taxpayers have challenged this provision before the High Courts which are pending final decision.