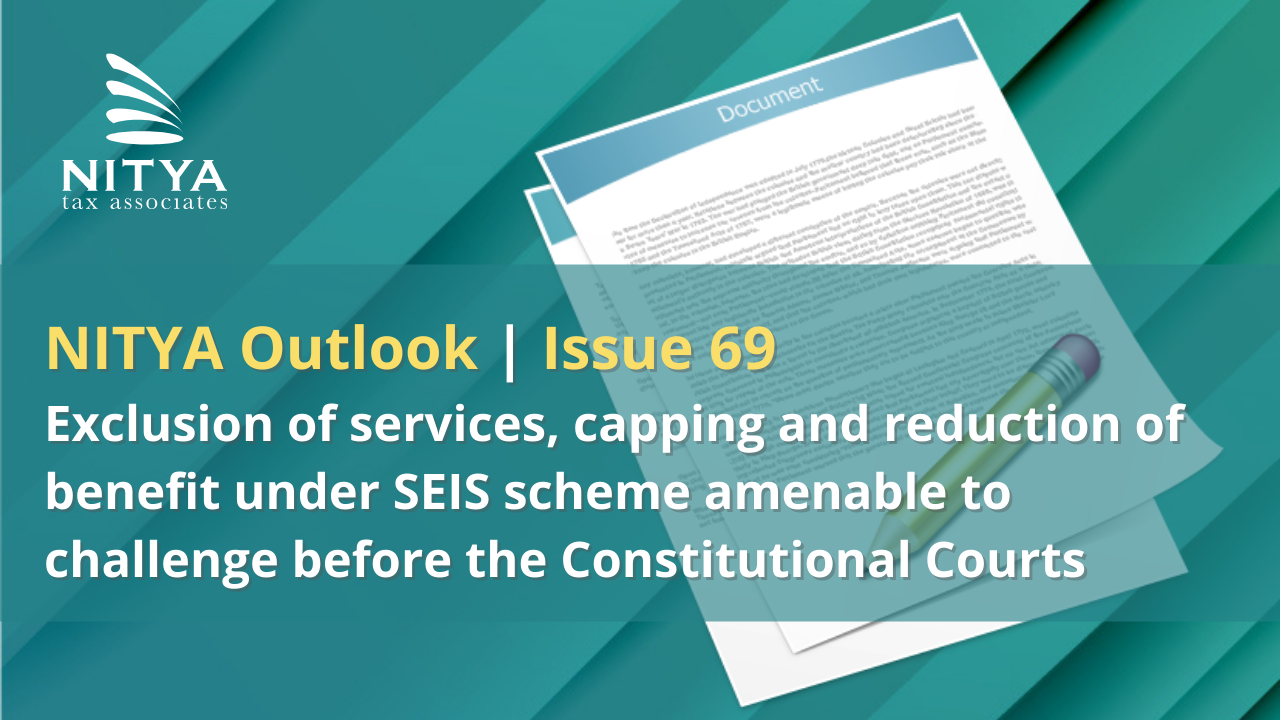 Exclusion of services, capping and reduction of benefit under SEIS scheme amenable to challenge before the Constitutional Courts

Similar to cap brought under Merchandise Exports from India Scheme (‘MEIS’) benefits for the period September to December 2020, the Central Government vide Notification No. 29/2015-20 dated September 23, 2021 (‘Notification’) has amended Foreign Trade Policy 2015-20 (‘FTP’) and capped Service Exports from India Scheme (‘SEIS’) benefit to Rs. 5 crore per Importer Exporter Code (‘IEC’) on export of services for 2019-20 (‘relevant period’). The Notification has further reduced list of eligible categories of services and reduced rates as well. There are multiple service exporters whose claim for SEIS is likely to be significantly impacted due to this amendment.

Exclusion of services, capping and reduction of benefit

On September 23, 2021, the Government amended FTP and capped SEIS benefit to Rs. 5 crore per IEC on exports made during relevant period. In addition to this, notified categories of services also underwent a reduction. Many services like Management Consulting Service, Technical Testing and Analysis Services, Transport Services etc. have been excluded from the purview of SEIS scheme. Further, there has been reduction in overall rate of benefit by 2% in relevant period vis-à-vis FY 2018-19. This change has a retrospective impact on Service Exporters who factored such costs and benefits while exporting services during relevant period.

The action of the Government excluding categories of services, capping and reduction of benefit can be challenged before the Constitutional Courts by way of Writ Petition on following grounds:

In view of the above, service exporters whose services have been removed from eligible services or who are likely to be impacted by cap can explore challenging this action of the Government before the Constitutional Court by filing Writ Petition. Exporters should request Court to direct the Government to restore SEIS benefit (without cap and for same services as was in vogue in FY 2018-19). Notable that in the case of Man Industries Limited v. UOI, SCA No. 15716 of 2020, the Gujarat High Court accepted a challenge to cap on MEIS benefit which is pending final decision.

Hope you find this an interesting read! Please feel free to share your comments / feedback on the same.