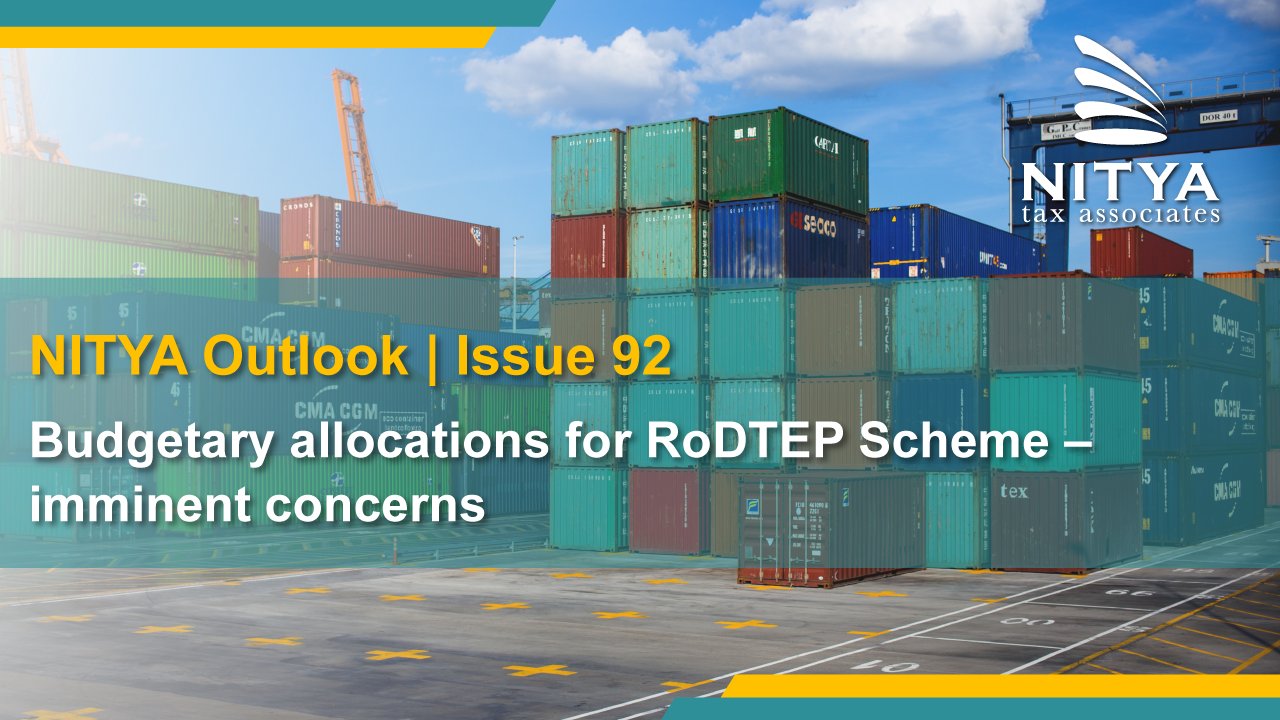 We kept you updated on various developments pertaining to RoDTEP Scheme. In this issue of NITYA Outlook, we are highlighting a looming concern which exporters should keep in mind in context of this Scheme.

NITYA Comments: In law, RoDTEP rates can be changed only with prospective effect. RoDTEP benefit accrued to exporters for exports already made (i.e. substantial condition of export of goods being fulfilled) cannot be denied in absence of any statutory provision to this effect. Further, rejection of any future claim by application of FIFO basis will be arbitrary being without any intelligible differentia as both classes of exporters (who have already generated scrolls and others who have not) are equally eligible for benefits under the Scheme. Hence, such denial / rejection (if any) will be amenable to challenge before the Constitutional Courts.

Nevertheless, exporters are advised to timely generate scrolls under the Scheme to avoid any dispute in future. Basis above, possibility of rates being reduced mid-year on account of total claims exceeding budgetary outlay is not ruled out.

Hope you find this an interesting read! Please feel free to share your comments / feedback.